Sometimes, it can be hard to use a thermal scope, especially if one is new to them. There are several types of these products, and the way they operate can be different. To use it, you have to understand several things, failure to which you may find it hard to use your scope.

What, then, do you need to know before you use one? How do you set it up? Is there a specific procedure to follow when sighting on it? In this premium article, I am going to discuss all that you need to know about sighting on a thermal scope. Please read on for more information.

How to sight in a thermal scope?

There are a few steps to follow when sighting using them. They include:

 Get to understand how they function.

It is the first step to using the thermal scope to sight. If you do not understand how to use it, then you will not know how to use the same. As we have seen, there are several brands of the thermal scope, and each one operates and or functions differently.

The operation of one brand might not be the same when working with another type. Therefore, you have to understand first how it works before using it.

Most of the modern-day scopes are digital, and hence they do not have turrets for adjustments. They come with buttons that you press to move the reticle either up or down.

Each thermal optic is different from the other, but most, if not all, go the menu system to adjust the reticle. When you buy one, there is always a manual that will help you to understand how it works. Please read through it until you comprehend the process of adjusting and sighting. 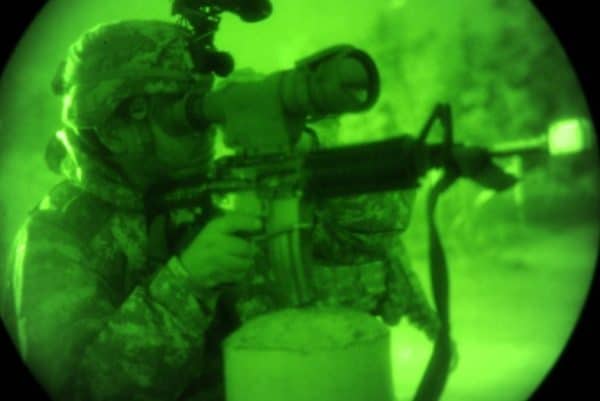  Get to understand the bullet drop.

Bullet drop varies by several things, and they include the weight, velocity, and caliber, and so on. Programming the optic is so critical, and that means you have to understand every aspect to detail.

Before you use the thermal scope to sight, you have to zero it. That is the most optimum point when you can see the target without any problem.

In several cases, most of the manufacturers do publish the drop data for their rounds. In the absence of this data, you can determine the same by shooting at different ranges. It is the most critical information to know, regardless of the way that you use to derive the data.

 Get the right target.

Before firing a shot, ensure that you have the right target on the lens of the thermal scope. Adjust the lens until you achieve a perfect view of the object. As we saw earlier, ensure that you get the zeroing of the target to minimize the chances of missing the bull’s eye.

The target can either be near or distant. For distant ones, you will have to make perfect adjustments, or else it will not be easy to get the right spot!

 Get a good shooting position.

Set your rifle in a stable and steady shooting position so that you can maximize on the zero points. The idea of having it fixed is to minimize human impact while shooting at the target. Always remember that if the gun is not stable, the target acquisition and accurate shooting will be a mirage.

I would suggest that you use a bipod as it is a great way to stabilize the gun. Additionally, I would recommend that you set it in the prone position to help stabilize it further.

To test the accuracy of your rifle, start by shooting at the objects which are at a close range. Continue increasing the distance of shooting until you stretch to the maximum.

When you reach that point, you will know that you have the right shooting position.

Load your rifle in preparation for the first shot. I would suggest that you make the first three shots into the target. After that, remove the bullets and set the rifle down.

Check out the target once more. Find out where the first three bullets hit concerning the target. Do some calculations of both the vertical and horizontal distance to the bull’s eye. From there, make the necessary adjustments as you desire.

Before settling down, make the last and necessary adjustments to the thermal scope. Sighting can be a process, and it requires a lot of these adjustments. Make sure that the reticle moves to the position that you want it to be before firing more shots.

In some instances, you will need to refresh your thermal optic so that it can function well. Please do not hesitate to do so when that time comes! 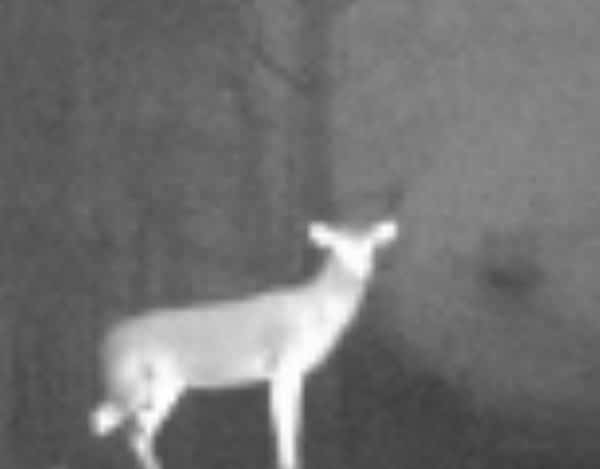 Why is it important to stabilize the rifle and the scope before shooting?

There are several reasons for doing this. Among them include:

coming close to the bull’s eye or even hit it with precision.

How does thermal optics work?

It has thermal cameras that detect the temperature by taking in different levels of infrared light. You cannot see this type of light on the naked eye, but you can only feel it as heat, and that is when the intensity is so high.

The hotter an object is, the more the infrared radiation it produces. That means, if there is less radiation, the thermal scope might not be very efficient. However, it can still sight even with the lowest level of the heat.

Can thermal optics work at night?

Yes, they work at night. The reason is that it does not use light energy but heat energy. The objects produce the infrared light that the thermal scope intercepts and use it to form an image in the exact location where the target is.

There is a limitation to this, however. If the object is far, then the thermal scope might not intercept its heat, and hence it may not function well.
Which is better between a thermal and a night vision?

A thermal vision is better for detection than a night vision. It is also more expensive because of its uniqueness. If you are planning to buy either of the two, I would always advise you to go for a thermal vision instead of a night one.

While the night vision has been around for a long, its technology is going out of date and may not be efficient in fetching the target!

Sighting using a thermal scope can be somewhat a daunting process, especially if you do not have experience. It is, therefore, imperative to follow the above steps.

They are best for use in volatile situations, and hence you may want to preserve it when you are doing the daily hunting. Always ensure that you make the necessary adjustment

As an Amazon Associate, the opticsguides.com earn from qualifying purchases.